The Magick Of Bladderwrack (Seaweed)

Other names for bladderwrack include sea oak, seawrack, bladder focus, cutweed, kelp, seetang, meeriche and black tang. It is typically black and covered in raised ‘knobbly’ bits and can be widely found all around the world. It has been used by man for thousands of years, and archaeological evidence can prove that man was using bladderwrack in Monte Verde, Southern Chile, harvesting and storing it for food and medicinal purposes at least 20,000 years ago. It was commonly used as fertilizer also, especially during the seventeenth, eighteenth and nineteenth centuries. Harvesting bladderwrack for fertilizer was big business, and there were rigid rules surrounding its collection, such as it was only to be done at high tide and once you placed your bladderwrack in a pile it was yours, but if the sea was to wash it away again it was anybody’s for the taking.


As expected, bladderwrack is associated with water magick. It is said to protect those travelling by sea, or flying over it. As well as this, it is said to banish negativity if you transfer all your negative emotion and worries into it and then toss it into the sea. Bladderwrack is also said to give the power to control the wind; by waving it in a circular motion above your head, you can stir the winds.


Common folklore accredits bladderweed with the ability to help one predict the weather and was often hung on the porch-when it is dry, the bladderwrack will stay dry and crisp, but if it is to rain or a storm is rising, the seaweed will turn moist long before the weather changes. 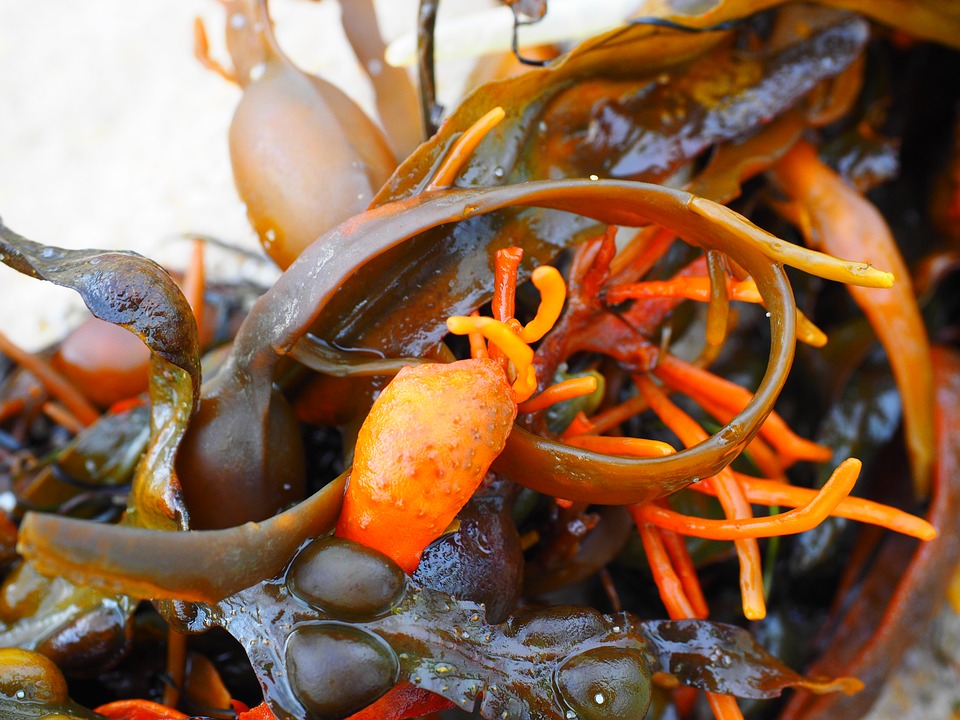 Bladderwrack is also associated with the moon and all sorts of moon magick, and so is therefore considered a feminine symbol. However, I see it as quite ambiguous in terms of gender; whilst I can empathize with its feminine qualities, being associated with water and the moon, I also sense a masculine quality to it as I associate it with Manannan Mac Lir, the Celtic God of the sea and have used it in an honouring ritual to him before. In Japanese folklore, bladderwrack was said to enhance a woman’s beauty and give her thick, lustrous hair.


Bladderwrack is also used to enhance psychic powers; again, whilst I can see that in conjunction with the feminine aspect, I also associate it with the masculinity of Manannan Mac Lir, as he is also the keeper of the Blessed Isles of the Otherworld and so could be used in traveling to these planes. It is also added to spells to boost their power.


There are also healing properties associated with bladderwrack; it is believed to stimulate the thyroid as well as treat menstrual problems, stomach problems, constipation and heart disease, as well as be full of vitamins and promote overall health and weight loss and is becoming a popular ingredient in many health fads.


Due to its slimy nature and often unappealing look, it isn't exactly many peoples first choice in magick. However, it has some useful properties and should not be overlooked if you come across it.