The Celtic Goddess The Cailleach

The Cailleach is a crone Goddess of winter, and the cold and the winds. She is often referred to as 'The Veiled One' or 'The Queen of Winter'. It is said that it is she who determines the length and the harshness of the winter period each year. Cailleach is a common word in both Scottish and Irish Gaelic meaning “old woman” or “hag.


She appears in many difference poems and verses across the ages, and is often given different names such as Digdi, Digde, Milucra, and Burach. This, along with the meaning of the 'cailleach' itself, has led some scholars to believe that 'The Cailleach' is a title that can be given to many femals deities, as opposed to her being a singular Goddess.


She is also given different 'titles' depending on the landscape. The most prominent of these is Cailleacg Bheara, whihc translates as 'the Hag of Beara' in County Cork (Ireland), and the Scotland she is known as 'the Storm Hag'. She is always, however, considered a Goddess of the winter weather. 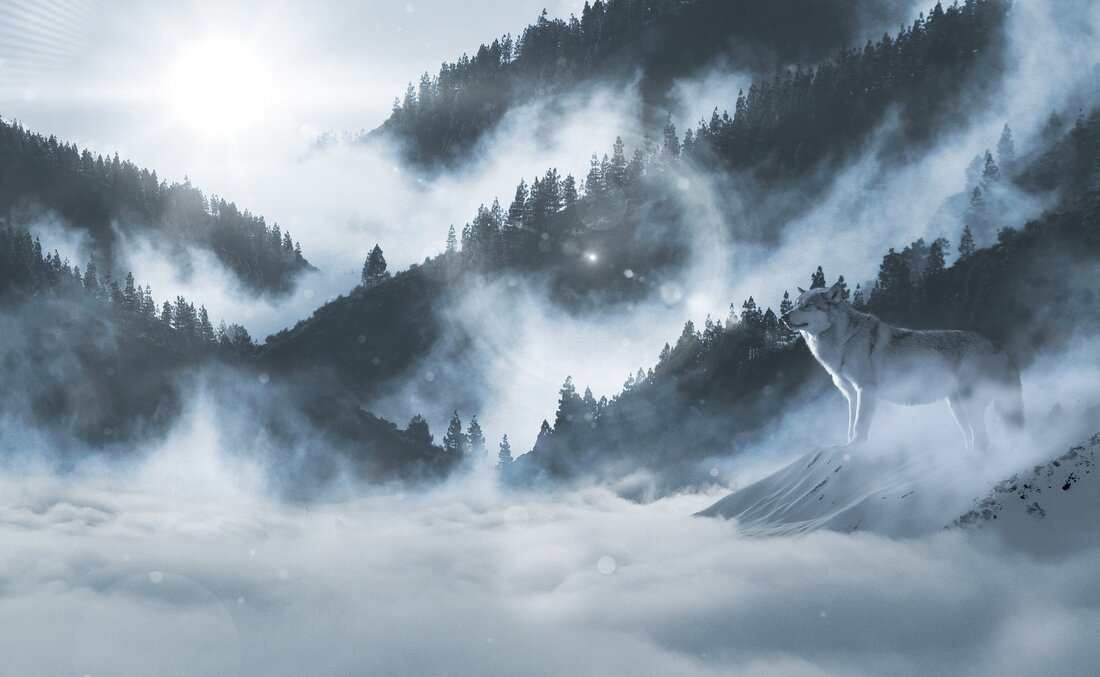 
In some traditions, such as the Manx tradition, she was a shapeshifter who could transform into a giant bird. It is said that she could leap across entire mountains, and would ride the storms themselves.


Many refer to her as a creator deity, in that she created most of the known landscape, whether intentionally or not, one of her primary tools being a hammer with which she could control the storms and thunder. She also controlled a well that would sometimes overflow and flood the lands.


By her very nature it is easy to think of her an an 'evil' or 'dark' goddess, but she is neither fully evil nor fully good. She is reminder of the duality of all things. During the summer months she wouldn't 'die, but would drink a potion that returned her youth; in Manx legend she was only known as the Cailleach during the autumn/winter months, for the other half of the year she would spend as a young woman, and in Scottish legend it was belived that she actually turned into the Goddess Brigid during Beltane. She would return to her Cailleach form on Samhain. She is seen as both a creator Goddess, but with a wild and destructive part to her nature. She is immortal and timeless, a Goddess that embodies the nurturing and growth of new opportunity as she does the land, and of death and destruction which is necessary to be able to make way it.


In Irish myth it is said that she transformed into a young maiden seven times, before finally retaining her Cailleach form permanently. During her time as a maiden she took lovers and birthed children,although she ended up outliving them all. As such, she is said to be the maternal ancestor of every Irish man and tribe. In Scottish tradition, she had at least one son, the trickster God Bodach.


The Cailleach is known to care deeply about animals, both wild and domesticated, and would take care of them during the winter. Wolves especially are associated with her, and in Scotland she is also depicted as a deer herder.


One tradition concerning the Cailleach is centered around Imbolc. It is at this time that she has run out of firewood for the winter, and so goes out to collect more. It is said that if Feburary 1st (Imbolc) is warm and sunny, then these are the perfect conditions for the Cailleach to collect more firewood, and thus winter will last longer. However, if the sky is grey and stormy, then this is a sign she has overslept and not collected any more firewood, thus heralding a shorter winter.