However, it is controversial because there is no actual evidence that the ancient Celts ever used the Celtic Tree Calendar. It is believed by many that this calendar was in fact fabricated by author Robert Graves. The works he used to devise this system mentions sacred trees, but not months, and so many believe (with very good reason) that the calendar system itself is completely made up. One big ‘giveaway’ is that the calendar starts at January, whereas the Celts generally considered Samhain to be the end of the year.

This is why I have put the word 'Celtic' in quotes. There is no evidence to show that this was a Celtic practice, You can still use the calendar, and the below trees were revered by the Celts. But the calendar itself is not a practice ascribed to the Celts. 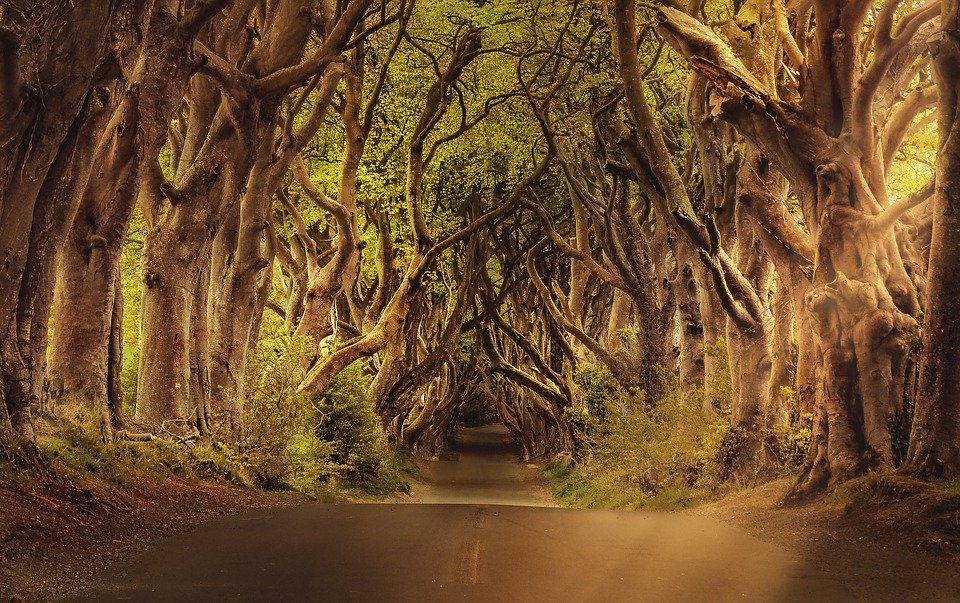 Birch Moon: Dec 24 - Jan 20: A time of rebirth and regeneration. The Celtic name for this month is Beth, pronounced beh. Any magick done in this month favours new endeavors. Magicks around healing, fertility and protection are also good to cast at this time.


Rowan Moon: Jan 21 - Feb 17: The Rowan Moon is associated with the Celtic Goddess Brighid. It was known by the Celts as Luis (pronounced loush). This particular month is associated with success and personal power, initiations and dedications, and astral travelling or hedge riding.


Ash Moon: Feb 18 - Mar 17: The Ash tree was revered not just by the Celts. In Norse mythology the world tree Yggdrasil was made from Ash, as was the spear of Odin. The Celtic name for the Ash tree is Nion, pronounced knee-un. It is one of three trees sacred to the Druids (Ash, Oak and Thorn). This month is associated with spiritual journeys, any magicks focusing on the inner self, and propectic dreams.


Alder Moon: Mar 18 - Apr 14: At the time of the Spring Equinox, or Ostara, the Alder is flourishing on riverbanks, roots in the water, bridging that magical space between both heaven and earth. The Alder was called Fearn by the Celts, and pronounced fairin. During this period psychic development is at the forefront; divination and prophecy, connecting with your intuition, and making spiritual decisions are all good workings for this time.


Willow Moon: Apr 15 - May 12: The Willow grows best when there's lots of rain, and in Europe there's no shortage of that this time of year (think April showers). It was known to the Celts as Saille, pronounced Sahl-yeh. This is the period associated with healing and growth.


Hawthorn Moon: May 13 - Jun 9: Known as  Huath by the ancient Celts, and pronounced Hoh-uh. The Hawthorn month is associated with fertility, masculine energy and fire due to its proximity to Beltane. Other associations with this month include anything to do with business and the career, as well as Faerie magick.


Oak Moon: Jun 10 - Jul 7: The Willow moon was known to the Celts as Saille, pronounced Sahl-yeh.  The Celts called this month Duir, which some scholars believe to mean "door", the root word of "Druid." Magicks associated with this period are protection and strength, fertility, money and success, and good fortune.


Holly Moon: Jul 8 - Aug 4: The Holly moon was called Tinne, pronounced chihnn-uh, by the Celts. It was a symbol of masculine energy and firmness. The ancients used the wood of the Holly in the construction of weapons, but also in protective magic.


Hazel Moon: Aug 5 - Sep 1: The Hazel Moon was known to the Celts as Coll, which translates to "the life force inside you."  Hazelnuts are appearing on the trees, and are an early part of the harvest. Hazelnuts are associated with wisdom and protection.


Vine Moon: Sep 2 - Sep 29: The Celts called this month Muin. The Vine is a symbol of both happiness and wrath, and this month is often associated with Mabon. As such, magicks which focus on garden magick, joy, and the darker aspect of the Goddess are suited to being performed during this period.


Ivy Moon: Sep 20 - Oct 27: The Celts called this month Gort, pronounced go-ert.Samhain is near, and the Ivy is a fitting plant for this period as it often lives on after the host plant has died. As such, it reminds us of the cycle of death and rebirth, and is a good time for banishing the old to make way for the new.


Reed Moon: Oct 28 - Nov 23: The Celts called this month Negetal, pronounced nyettle, and is sometimes referred to as the Elm Moon by modern Pagans. During this period, magicks that focus on divination, death, energy work, spirits, and scrying are practiced.


Elder Moon: Nov 24 - Dec 23: The Celts called this month Ruish by the Celts (pronounced roo-esh). The elder moon is a time of endings, and suits magicks around creativity and renewal, new beginnings, as well as working with nature spirits.