Whilst Manannan mac Lir is a member of the Tuathe de Danann, it is believed he is based off an even older deity that was present in Ireland at that time.


Manannan appears in several Irish tales, and we know a fair bit about him from these, and not all of it straight forward. For example, according to the Tochmarc Luaine, which roughly translates as 'The Wooing of Luaine', we are told that there are four Manannans:


Each of these four Manannans lived at four separate times, so it could be that they were four distinct figures, or one figure of the God Manannan through the ages. However, for the purposes of this article, we will be looking specifically at Manannan mac Lir in his role as a member of the Tuathe de Danann.


Manannan mac Lir was a God of the Sea. 'Mac Lir' is believed to be a descriptor, meaning 'skill as a sailor and dominance over the sea'. Some say that 'mac Lir' means 'son of Lir', with Lir being another sea God. However, others will argue further that 'Lir' is in fact the personification of the sea, hence this could also mean 'son of the sea'. Whichever theory you prescribe to, the connection to the sea is evident. Many of the tales surrounding Manannan involve in the sea.


Manannan also had a lot of children, both biological and adopted - too many to name here! Some of the most well known include the God Lugh, whom Manannan acted as a foster father to, and Cliodhna (who has her own page on this website), again in a foster father capacity. As such, he can be seen as a bit of a 'father figure' and I will admit that I have always had this feel about him whenever I have worked with him. 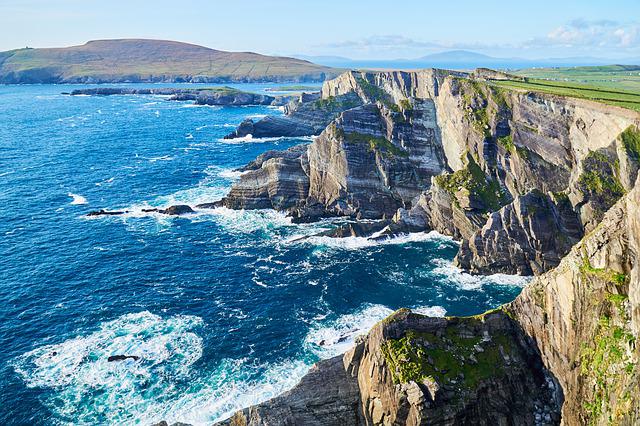 Manannan was at one point King of the Tuathe de Danann. It is said that when the Tuathe were driven underground by the Milesians, it was Manannan who kept them hidden. One of the many tools of Manannan mac Lir was a cloak of invisibility. As well as using it to keep the home of the Tuathe hidden ( although there is some question as to whether this is a cloak or a type of mist that 'cloaks'), there is also a tale in which he shakes his cloak between his wife Fand and her other lover to make them forget one another.


Other tools and items owned by Manannan include:

Scuba Tuinne, or 'sweeper of the waves' - a magickal boat which could travel faster than the winds

The Corr Bolg, or 'crane bag' - a bag made from crane skin which contained several magickal items

A silver branch bearing golden apples - in one tale, he uses this to strike a bargain of 'three forfeits' in exchange for the branch with King Cormaic

Armour - in this armour, none could be harmed

Frecaid, or 'the answerer' - a sword which caused death in anyone it wounded

Manannan mac Lir is a fascinating God, and there are many tales out there which give us an idea as to the sort of God he was. He was primarily a God of the sea, and his temperament was very much like the sea - unpredictable. In some tales he is kind, caring, and gentle; in others he is fierce and uses his abilities to trick those around him into getting what he wants.


As I've mentioned, he is very much a father figure. As a warrior, he fought in many battles, and eventually became King of the Tuathe, and as such he can be associated with strength, leadership, courage, and loyalty. He was also known as a shapeshifter and magician, and it was said that he was able to divine the stars and either predict or control the weather.


Manannan mac Lir is a complex character, with much more information on him than I could write here. Which is why I've created a short course looking more in depth at Manannan, and should be released here on the website towards the end of 2022/beginning of 2023. So check it out for a much more detailed look at one of the most well known of Celtic deities!