The Goddess tends to be favoured more in Witchcraft, but remember; the universe is about balance. We need the balance of masculine energy (the God), and the God and Goddess work together in harmony.


Throughout ancient history, humanity has worshipped many different Gods and Goddesses. Many ancient civilisations, such as the Romans and the Greeks, practiced what was known as Polytheism. This means that they worshipped many Gods, as opposed to monotheism which means to worshop one God (such as Christianity).


Some believe that there are just hundreds of deities from all traditions present in the universe. Some believe that there are just a small number, and later deities are just 'reincarnations', or other representations of these first deities. This can be seen in history, and it was very common for invading civilisations (such as the Romans to the Celts) to take local deities and 'twin' them with their own deities, to encourage people to accept their new religion and traditions. Some, like me, believe in the 'diamond' theory. Basically, there is one overarching energy (which you will see I refer to as 'universal energy' throughout this site, although many call it 'Spirit'), and all deities are a facet, or face, of this one power. So you could worship Belenus the Celtic Sun God, and Selene, the Greek Moon Goddess, as separate entities, but knowing that these are in fact just different persona's of one, overall power.


Generally, the Goddess represents the Moon, the night, and feminine qualities such as love, emotional balance, and the home and hearth; however, some of the most prominent Goddesses are warrior deities or deities of the arts and intellect! Opposingly, the God represents the Sun, the daytime, and masculine qualities such as war, justice, and success, but again you will find many Gods with qualities you would expect to be more 'feminine' qualities. Gender norms are thrown completely out of the window when it comes to deities, so don't feel you have to be bound to just working with Goddesses that have traditionally 'feminine' qualities.


How Do I Choose My Deity?


As I said, there are so many deities out there, it can seem overwhelming! If you want to work with a specific deity, then go for it! Many work with what they call their 'patron' deities, and then other deities on the side. Your patron deity is your main deity, the one you work with on a daily basis, whereas other deities you may wish to work with just when you need them.


Many say that you need to wait for your deity to pick you. I personally think that's rubbish; some of the best connections I've had with deities is because I chose to work with them and focused on building a relationship. Pick a period in time that interests you, or maybe research the deities of your local area, and start there. Ask yourself questions; do you have any qualities or attributes that you want to adopt, such as confidence or love? What is important to you in life - your career, justice, family, etc.? If there are any that take your fancy, then absolutely start forging that relationship, and see where it goes. 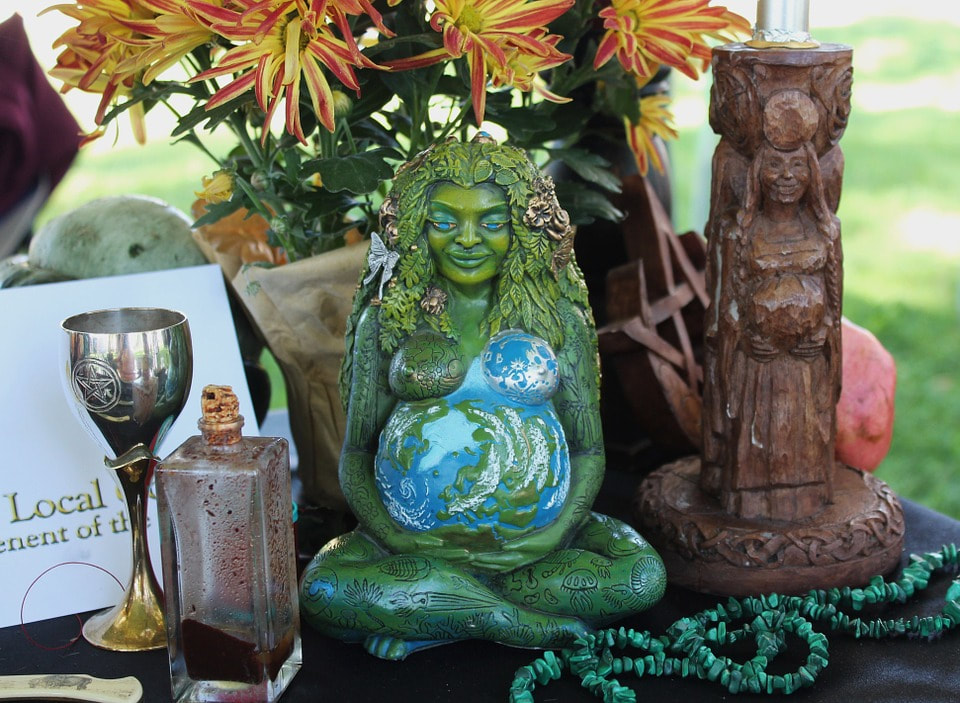 What if I don't want to work with a specific deity?

Then don't! You could just work with universal energy, or spirit. Or, you can just call on the God and Goddess.

How do I build a relationship with the God or Goddess?

I recommend starting small; find out everything you can about them, their likes, dislikes, their myths, etc. Are there any specific symbolisms associated with them? Once you have this information, it will make it easier to decide what to offer them. Remember, you are building a relationship with them, and relationships are a two-way street. If you just keeping asking for things without giving anything in return, then why should that deity help you?

For more information on worshipping a deity, to start building up that relationship, take a look at my page here: www.thecottagemystic.com/worshipping-your-deities.html

Can I worship deities from multiple pantheons?

A pantheon is basically a group of deities, such as the Roman pantheon, or the Greek pantheon. In my experience, yes, you can work with multiple pantheons, but do your research first; if you are working with the Roman God of War, Mars, he may not appreciate you working with deities from a pantheon who warred with the Romans!

Can I work with more than one deity?

Yes, you absolutely can; as I mentioned above, many witches do. However, be aware that some deities can get jealous if you start working with more than one deity (which I know sounds a bit odd, but trust me, they do) and may refuse to work with you unless they are your only deity. In this situation, you need to decide whether it is worth just working with the one deity.

How long do you need to maintain a relationship with your chosen deity?

For as long as you want or need. Some deities I have worked with for years, some for just a couple of weeks. It all depends. Sometimes, a deity may decide that they don't want to maintain the relationship; you will know if this happens, as you will feel disconnected from them, and nothing you can do will get that back. Don't stress; this is perfectly natural. We grow, and change as people, and as we change so do our needs.

How often do I need to honour my deity?

Again, this is up to you, and in part up to your deity. Some may be happy with an offering once a month, some may prefer once a week. It is all dependent on the relationship you have with them, and what they ask of you. Some deities will just prefer to do a straight up 'trade' if you need something from them; the Celtic Goddess Senua for example is quite happy to help you as and when you need her, if you provide her something in return (like a shiny coin), rather than having to make consistant offerings to her.