Both tarot and oracle are a system of divination based on cards; cards have specific meanings, and interpret the meanings of the cards to help you divine the future, or to gain insight into a particular situation. Tarot, which was first known as trionfi, were a pack of playing cards used across different parts in Europe in the mid-15th century. It wasn't until the 18th century that there are records of them being used for divination purposes, with the first tarot deck specifically for divination released in 1789.


However, there are some key differences which will help you determine which is which, and also which type might appeal to you more if you wish to use them to try divination. Below is more information on the differences between tarot and orcale cards. 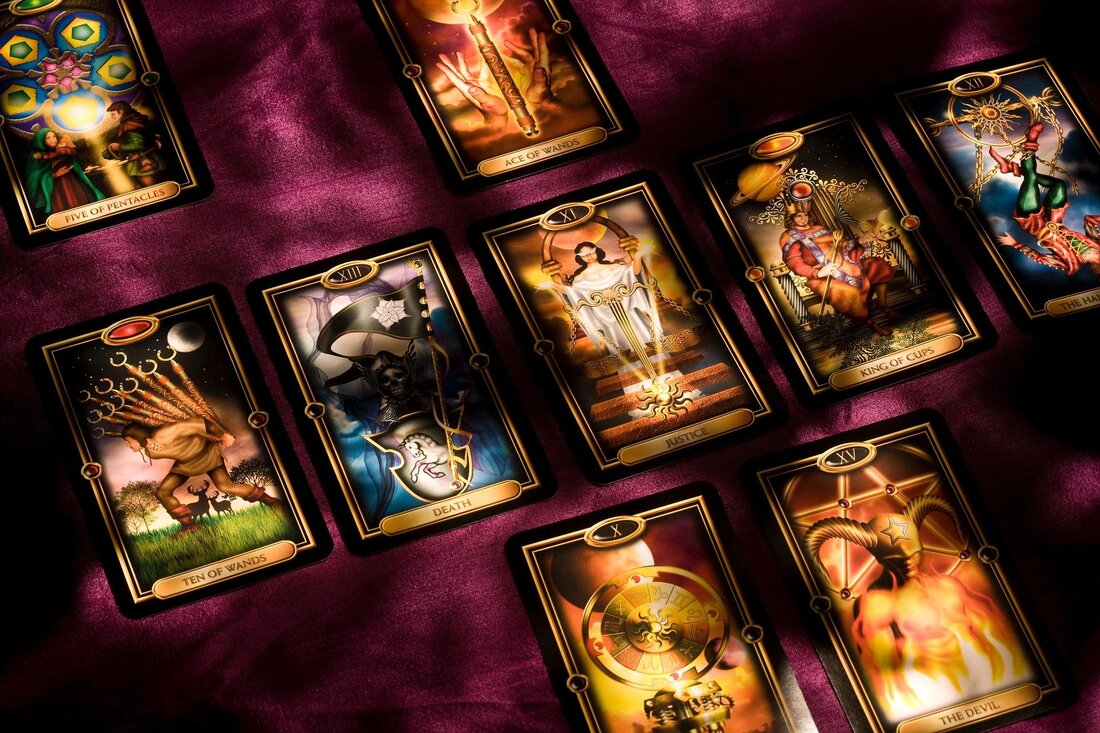 The Number of Cards:

A tarot deck will always have 78 cards. Oracle decks can have any number of cards, depending on what the creator of that oracle deck intended.

Tarot has been around for a long time, and is quite a rigid format. It is comprised of the Major Arcana and the Minor Arcana. The Major Arcana is 22 cards, each with a title such as 'The Star', 'Death', 'The Hermit', etc., and are not assigned to any particular suite. The Minor Arcana comprises the remaining 56 cards, and these are split into four suites; Wands, Pentacles, Swords, and Cups. Each suite contains an ace, two, three, four, five, six, seven, eight, nine, ten, Page, Knight, Queen, and King.


In contrast, oracle cards have no specific format; as with the number of cards, the meanings behind each card can be whatever the creator intended. As such, it is very, very rare to find any two oracle decks with the same meanings.


The meanings of each card is often thought to be more in depth for tarot cards when compared to oracle cards. Additionally, each tarot card has one meaning when it is placed the right way up, but a different meaning if it appears upside down (or 'reversed'). Oracle cards can sometimes just have one word assigned as their meaning, such as 'love' or 'success'. Or their meanings are just generally a lot more straight forward, i.e., 'make time for yourself today'. No matter which way the orcale card lands (right way up or reversed), it does not change the meaning as it does with tarot.

With Tarot being around for so long, and being so popular, there is plenty of information in books and online around the meanings specific to each card. Rather than repeat what is already been said, I am instead going to point you to one of THE best tarot resources on the web, Biddy Tarot - and that's not just my opinion! www.biddytarot.com/tarot-card-meanings/

With the tarot having a set format, with set meanings, it also has set 'designs'. However, these are very much up to interpretation. The majority of designs are based on the traditional Rider-Waite tarot deck; for example, the three of swords will contain three swords on it somewhere; the lovers will contain two creatures in love; the seven of pentacles will contain seven pentacles on it. However, this is also not a hard and fast rule, and so you will come across tarot decks that really go to town on the pictorial interpretations of each card!

Again, with oracle cards being whatever their creator intended, there are no rules around what to expect when it comes to oracle card designs.

How To Perform Readings:

There are three main types of readings that practitioners use:

This will provide a quick answer to any question; it obviously won't be as in depth as larger readings, but can still be effective. For example, one thing I do is pull a card a day; I'll log on to my computer in the mornings, check my emails, and then ask my cards to give me guidance for the day. Then I'll shuffle the cards, and turn the top card over to give me my answer.

There are many, many different types of spreads out there, for many different purposes; Pinterest and Instagram are full of them! These generally use more than three cards and provide a real in depth analysis of your question. My personal favourite is the Celtic Cross spread, which I'll outline below.

Whilst 1 card and 3 card spreads are suitable for tarot and oracle cards, the larger spreads are more often suited mostly to tarot.


Once you have decided on the type of reading you wish to do, focus on your question whilst asking the cards to bring you your answer. When you feel ready, lay your cards face down. Turn them over one at a time and reflect on each cards message before moving on to the next one. Finally, consider the interpretations of the cards as a whole, and how they work together in the context of the situation or issue you are questioning.

Think of your question as you shuffle the cards. When you feel ready, lay them out as below, from 1 to 10. Each position has a corresponding 'influence', and the card you turn over should be interpreted in the context of that influence. If you google 'Celtic Cross Spread', you will see a slight variation in the layout of the cards, but they are fundamentally all the same.


1. Represents the heart of the matter, the present

5. Represents the 'above'; the querents goals and aspirations, what they want out of the situation

6. Represents the 'below', influences of, or on, the subconsciousness of the querent

7. Represents advice for the querent

9. Represents the hopes and/or fears of the querent

10. Represents the outcome of the situation 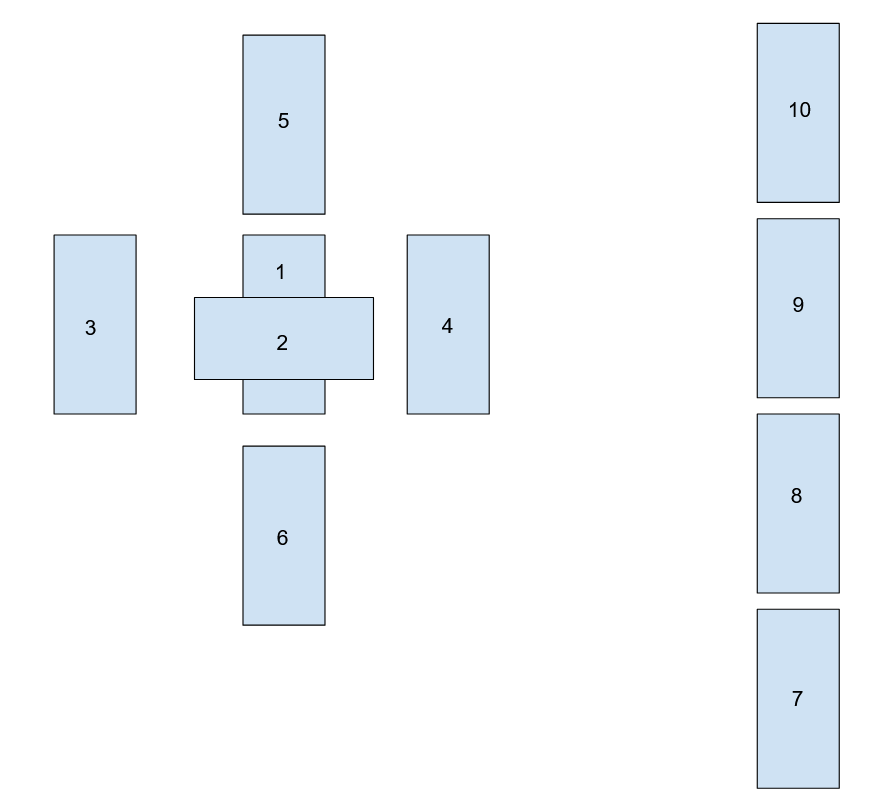 Making Your Own Oracle Cards:

The first deck of oracle cards I ever used was one that I made myself following instructions from Cassandra Eason's 'Ancient Wisdom', which I made whilst stuck in a caravan somewhere in Wales (on a holiday I did not want to be on). I loved them, and they served as a great introduction to card divination. One of the best things about making your own deck is that you can personalise it to you; the imagery, the meanings, etc., can be that which really speaks to you. As you create them, you will 'bond' with them, pouring your own energy into them, which will automatically make your readings stronger.


For now, I want to point you in the direction of two really great resources in making your own oracle cards:


At some point in the future I will write up my own instructions, but for now, these should provide you with a great starting point to create your own oracle decks.