I've recently moved to Hertfordshire, an area in the UK. I love local history, customs and traditions. Connecting with the local land is quite important to me. As such, I've spent a fair bit of time researching the area; Hertfordshire council has a wealth of information about the history of the county.


One of the most interesting pieces of local information I have come across is that of Hertfordshire Puddingstone.


So-called because it looks like a Christmas Pudding full of raisins, it took millions of years to develop. Roughly 56 million ago in the Eocene epoch, flint pebbles were eroded from the chalk beds in the areas. Water then transported these pebbles to the beaches, where they were smoothed and rounded by the sea.


During the next several hundred years, the beach was uplifted. The final step in the creation of Hertfordshire Puddingstone took place on land, as silica-rich water just below the grounds surface immersed these flint pebbles and hardened.


Due to the length of time this stone took to form, it is quite an uncommon stone these days. Although it has occasionally been found in other areas across the UK, Hertfordshire is where it is most prominent. 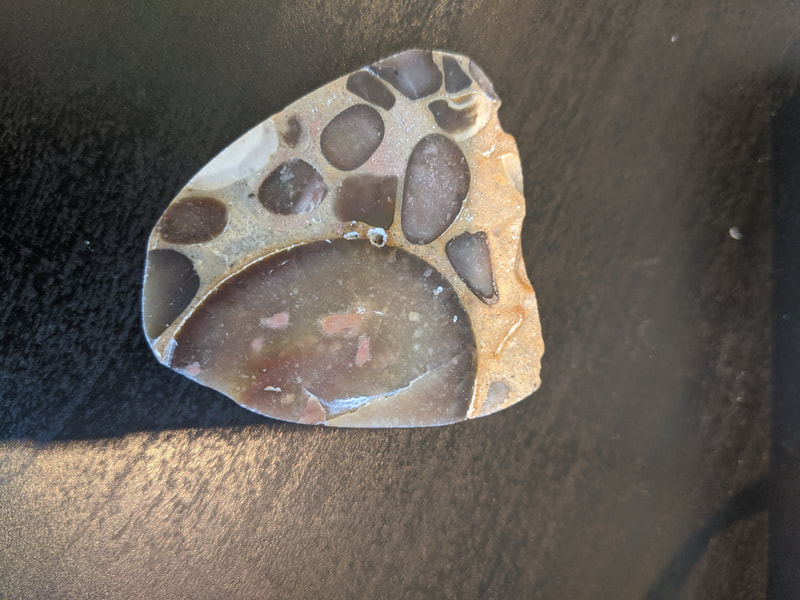 The first known use of Puddingstone was in a Stone Age Quern (used to grind corn), due to its extremely hard nature. It was also used as a building material, but due to its scarcity it was not used for long. There are still churches in the area in which you can find Puddingstone built into the walls; whilst this was in part down to its quality as a building material, it was also an attempt by those preaching Christianity to incorporate Pagan beliefs into their workings, to try and convert people.


Puddingstone was reputed to repel evil and protect against witchcraft. Parish records from the village of Aldenham in 1662 state that a woman suspected of being a witch was buried with a slab of Puddingstone on top of her coffin, to stop her from rising after her burial.


It was also given to a bride and groom at their wedding as a fertility symbol. The pebbles embedded in the silica led many to believe that they were actually growing out of the rock, and as such it was known as 'The Growing Stone". Whilst on the one hand farmers hated the Puddingstone, as its hardness would break their ploughs, they would often keep it in their milk sheds to increase yields.


In the 1950's, E.A and E.L Rudge hypothesized that Puddingstone had been used to mark a Mesolithic trackway from Grimes Grove, to Norfolk, to Stonehenge, passing through several villages and towns in Hertfordshire. In 1979 a Hertfordshire dowser by the name of Frank Stoakes showed that dowsing rods had a very strong reaction when above Puddingstone. Several skeptical members of the Hertfordshire Geological Society also experienced this effect, although what exactly it is that makes Puddingstone give off such a strong reaction, no-one knows.


I have found it an interesting stone to work with. It has a very low vibration, almost unnoticeable. However, when you do connect with it, it has a noticeable energy. It is a great stone to help you connect with the earth and the spirits around you. Although I haven't had the chance to try yet, I imagine it would be a stone especially when working with the past, such as assisting in ancestor work. I have found it useful in helping with traveling between worlds, helping to uncover hidden knowledge and encouraging deep inner reflection.


If you are the type of pagan who strives to feel a deeper connection with the earth and the energies beneath it, or if you enjoy working with the past (ancestors, past lives, etc.), then I recommend giving this stone a go.