Tools Of The Water Witch

The Water Witch can use many of the tools that a 'regular' witch does; there is no reason why not. However, many water witches like to theme their tools around the sea, or use crystals/etc., which make us think of the sea, or help us invoke the energies of water. Below, I have listed some tools, correspondences, and general ideas to help you bring a bit of water magick into the mix. 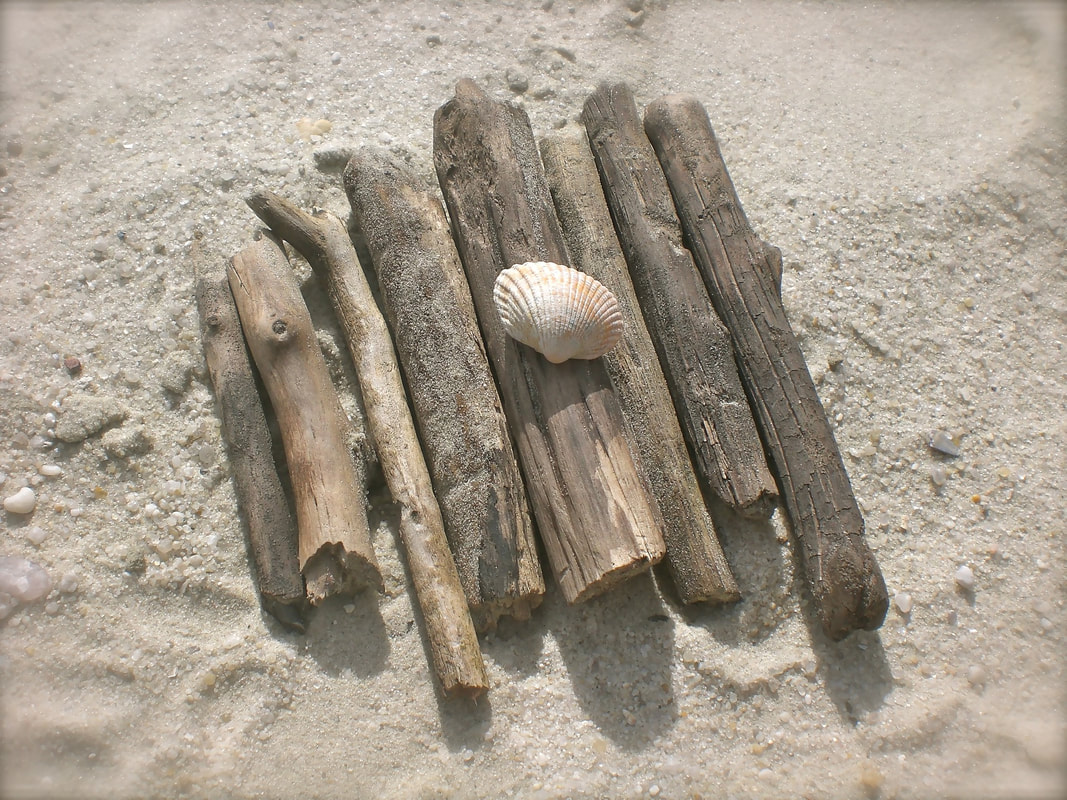 Shells can also be used on your altar or in your circle to represent the four elements (earth, air, fire, and water). Brown/black shells can be used to represent earth, yellow coloured shells for air, orange/red shells for fire, any other shell for water.


Sea Glass: Personally, I view sea glass as a 'gift', and it represents the sea deity I work with. Sea glass comes in many different colours which can be useful in helping us with our magick; green sea glass for money, abundance, etc., orange sea glass for happiness, success, etc., and so forth. More generally, sea glass can represent healing and beauty.


Holy Stones: Often called 'Hag Stones' or 'Adder Stones', these are stones with natural holes through them. These can be found most prominently on the beach or by the sea, as small sea creatures can burrow through stones or pebbles to create these holes. Hag stones have many different types of association based on folklore; they can be used for luck and fortune, for healing, for protection, to help you connect with the Fae and connect with otherworlds, and even control the weather. I personally use them for luck and for protection; I have a large hag stone I found on a beach which I keep in the house for protection, and a smaller one I keep on a piece of cord and wear as a good luck charm.


Driftwood: Driftwood can be used to carve runes/symbols/sigils, etc., on; they can be used in decoration, made into wands, used in divination....basically anything you could use a regular stick for!


Herbs: Again, although their physical composition is more associated with the element of earth, there are certain herbs which can be used to strengthen water magick. Mint is often associated with water, and I find a combination of mint and a lemony herb (such as lemon balm or lemon verbena) can be used with success. Of course, there are also plants and herbs which have a water association due to the environment they grow in, such as reeds (often found by ponds), lotus flowers, and water hyacinth.


Sand: Most sand contains tiny little particles of minerals such as quartz, garnet, black tourmaline, and beryl (amongst others). The breaking down of these minerals and other things which eventually form sand is not a quick process - some sands are as old as 4 billion years! As such, sand can be used to represent the cycles of life, transformation, and anything to do with the past such as ancestor, or past life work. The sands also act as a barrier between the land and the sea, and as such can be seen as a barrier between worlds.


Salt: Salt is often associated with the element of earth, but it is also associated with water, especially the sea - the sea is salt water after all! I'm sure many of us performed that 'science experiment' at school which involved evaporating sea water to demonstrate that the salt was too heavy to evaporate. Salt is often used for protection and for purifying.


Seaweed: Seaweed can be used to protect us (especially when travelling). It can also help you to dispell negativity, if you focus all of that which you wish to release into the seaweed, and then throw it out to sea. Folklore also states that by swinging seaweed above your head, you can stir the winds and control them.

Seaweed is also used in beauty rituals, and can help attract whatever it is you need in your life, especially when it comes to business/career.


Mermaids Purse: The scientific name for mermaids purses is 'Chondrichthyes'. They tend to be rectangular in shape with horns or tendrils at each corner, by which they were originally attached to kelp forests or the sea floor. These are essentially egg sacs of various different types of fish and oviparous sharks. Sometimes they wash up on shore empty, and sometimes they wash up with the egg, or eggs, still inside them. In magick, think of them like the chicken eggs of the sea world; as such, they are used in fertility spells, birth, rebirth, and growth. The sacks can also be stuffed with herbs and such to create little spell sachets.

They can also be used in protection magick, and magick to attracts wealth.


Bones: Some feel uncomfortable using bones, or animal parts (such as crab legs) that wash up on the shore, and that's OK. But if you do want to use them, they can be used for banishing, protection, and to help you connect with the spirit of the animal they came from.


Sea water: By mixing salt and water together, we can imitate sea water if we aren't in the position to collect it locally. Sea water can be used as a focus, to help you connect to the energies of the sea. It can also be used in cleansing and purification, honouring the Goddess, protection, scrying - basically anything you would usually use water for (remember, do not drink it, or pour it into the soil as salt can be harmful to the soil, so no watering your plants with it). Leave it out under the light of the full moon to create moon water.

A Note On Candles:

I've seen this subject create a little bit of controversy in the sea witch community. Some water witches use candles, others believe that as fire is the 'opposite' of water, it is disrespectful. I personally do no use candles when working water magick, but this is a personal preference. Fire represents warmth, and blood, which many ocean creatures need to survive. However, if you do wish to use candles then do so sparingly, and make sure that the element of water is the one which is much more prevelant in your magick.